The English Isles: Cultural Transmission and Political Conflict in Britain and Ireland, 1100-1500 (Hardcover) 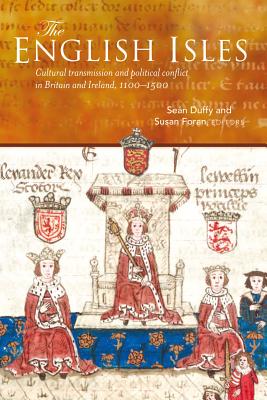 In this book, leading medieval scholars discuss the impact of English imperialism and the ways in which English and wider European cultural norms were transmitted outwards towards Ireland, Scotland, and Wales, from the Norman Conquest onwards. The subjects examined include, in the field of language and literature: the resilience of the English language in the face of the forced imposition of French culture by the Normans; national identity in the chivalric literature of late 14th-century Scotland; and foreign apologues in the bardic verse of late medieval Ireland. In the field of history: Irish perceptions of the Normans, from the mid-11th to the mid-12th century; external influences on Welsh saints' cults; native Welsh colonization in Ireland; the survival of monarchy in Scotland in the face of English assault; and the anomaly that was the medieval Lordship of the Isles.

This feature require that you enable JavaScript in your browser.
END_OF_DOCUMENT_TOKEN_TO_BE_REPLACED

This feature require that you enable JavaScript in your browser.
END_OF_DOCUMENT_TOKEN_TO_BE_REPLACED

This feature require that you enable JavaScript in your browser.
END_OF_DOCUMENT_TOKEN_TO_BE_REPLACED