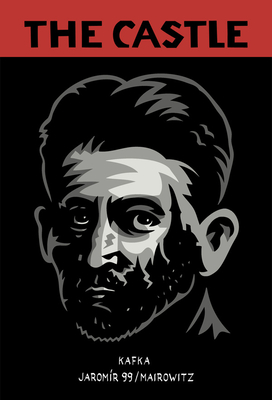 By Franz Kafka, David Zane Mairowitz (Adapted by), Jaromír99 (Illustrator)
$19.95
Special Order - may be out of print


The protagonist of this Kafka classic, K., finds himself in a faraway, snow-covered village with a castle looming above. The inhabitants of the mysterious castle are also the strict officials who govern the village. When K. tries to reach out to the officials, he gets himself into a complex misunderstanding over the contradictory rules and regulations that dictate the daily life of the villagers. The Castle explores the conflicting tension of power between individuals—represented by K.—and the authorities—the officials in the castle.

Praise for The Castle:

“Artwork that is . . . suggestive of woodcuts and expressionism in general and German artist Käthe Kollwitz in particular.” —Booklist

Franz Kafka (1883–1924) is considered one of the most seminal writers of the early 20th century. David Zane Mairowitz is an author, playwright, radio director, and translator. He lives in France. Jaromír 99 (aka Jaromír Švejdík) is an artist, musician, and animator. He won the European Academy Award for his animated film Alois Nebel, which is also a graphic novel. He lives in the Czech Republic.

This feature require that you enable JavaScript in your browser.
END_OF_DOCUMENT_TOKEN_TO_BE_REPLACED

This feature require that you enable JavaScript in your browser.
END_OF_DOCUMENT_TOKEN_TO_BE_REPLACED

This feature require that you enable JavaScript in your browser.
END_OF_DOCUMENT_TOKEN_TO_BE_REPLACED