I Hate the Lake District (Paperback) 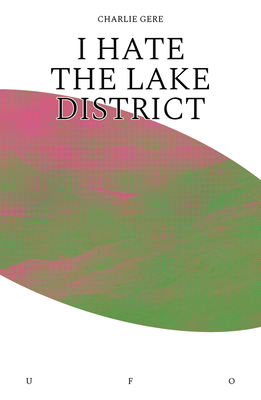 An alternative view of the North West of England that delves into its stranger past.

I Hate the Lake District offers a different vision of the rural environment from those found in much contemporary nature writing. Based on the author's trips around North West England, the book engages with nuclear power and nuclear war, slavery, imperialism, ghosts, love, God, cockroaches, and the sheer violence and contingency of "nature" itself--of which the human presence is merely a part. Each chapter starts with an account of a visit to a place in this remote part of England, the deep north, but digresses and wanders through multifarious themes and subjects.

Among the sites Gere visits are the defunct nuclear power station at Sellafield, home of all British nuclear waste; Lake Coniston, where Donald Campbell died trying to break the water speed record; Hadrian's Wall, furthermost reach of the Roman Empire; the mysterious and deathly Morecambe Bay; sites of slavery in the North West; places where UFOs have been sighted, avant-garde artists created work, and Islamic terrorists trained; shantytowns where the navvies who built the railways lived with their families; and even the remains of Blobbyland in Morecambe.

In I Hate the Lake District, Gere challenges the bourgeois pastoralism of popular nature writing and reveals the landscape of North West England as profoundly unnatural and strange.

This feature require that you enable JavaScript in your browser.
END_OF_DOCUMENT_TOKEN_TO_BE_REPLACED

This feature require that you enable JavaScript in your browser.
END_OF_DOCUMENT_TOKEN_TO_BE_REPLACED

This feature require that you enable JavaScript in your browser.
END_OF_DOCUMENT_TOKEN_TO_BE_REPLACED