Napoleon at Leipzig: The Battle of the Nations 1813 (Paperback) 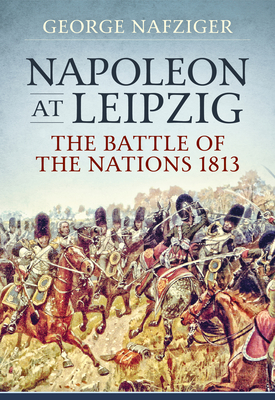 Leipzig dashed the dreams of a French Empire when the armies of Prussia, Russia, Austria and Sweden converged on Napoleon and his Grande Arm e. It was the greatest battle of the Napoleonic Wars, so decisive it would be called "the battle of the Nations". Smaller countries like Poland and Saxony seemed to be submerged in the titanic struggle and the battle shaped Europe for more than a century. "Napoleon at Leipzig" not only covers this pivotal battle, but also the manoeuvres that led up to it and the retreat that followed. At Hanau, the Bavarians learned to their dismay the Napoleon was still the master of the battlefield.

The book includes the campaigns of Marshal Davout in the north, and the fate of the besieged French fortresses. From glittering field marshals to ragged cossacks, in massive battles or small skirmishes, we see the dramatic campaign unfold. George Nafziger's intensive research into the 1813 campaign shows how the finest general of all time was brought to bay. The greatest battle of the Napoleonic Wars, and the campaign that led up to it, is thoroughly studied for the first time in English in "Napoleon at Leipzig".

This edition includes a new set of images and newly-commissioned color maps.

This feature require that you enable JavaScript in your browser.
END_OF_DOCUMENT_TOKEN_TO_BE_REPLACED

This feature require that you enable JavaScript in your browser.
END_OF_DOCUMENT_TOKEN_TO_BE_REPLACED

This feature require that you enable JavaScript in your browser.
END_OF_DOCUMENT_TOKEN_TO_BE_REPLACED