Awaken: The Physics of Ascension (Paperback) 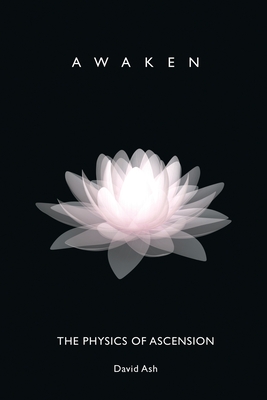 This second edition has been completely re-worked to include the author's latest research and insights.

Inspired by the insight of Yogis from ancient India, visionary physicist David Ash has dedicated his life to developing a vortex physics that bridges the physical with the non-physical. He has opened the frontiers of science to the supernatural and the paranormal in a way never before possible. Ash shows there may be super-energy realities co-existing with our world in dimensions beyond the speed of light and our range of perception. With this new super-physics he illuminates the nature of spirit and soul, the mysteries of life after death, near death experiences, reincarnation, healings and miraculous manifestations.

Ash also predicts we are due for colossal geophysical changes resulting from a shifting of the Earth's crust, as endorsed by Einstein. Through the Vortex physics he is able to explain climate change, global warming, the reversal of the earth's poles and how anti-matter at the centre of the Earth could be responsible for these changes.

David Ash predicts a process whereby the speed of energy in the whirlpools of light forming the subatomic particles of our bodies can be accelerated beyond the speed of light enabling us to ascend into the super-physical realm.

Awaken is an offering of love and hope for the awakening of humanity into higher worlds of extraordinary possibility. We are stepping into new times. Here is your guidebook.

This feature require that you enable JavaScript in your browser.
END_OF_DOCUMENT_TOKEN_TO_BE_REPLACED

This feature require that you enable JavaScript in your browser.
END_OF_DOCUMENT_TOKEN_TO_BE_REPLACED

This feature require that you enable JavaScript in your browser.
END_OF_DOCUMENT_TOKEN_TO_BE_REPLACED