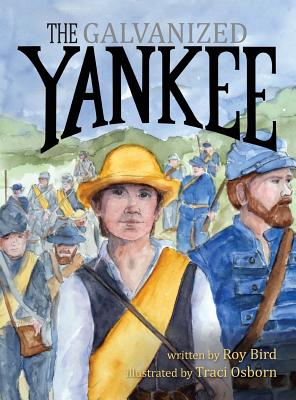 To escape the dreadful conditions of a Union prison camp, a young captured Confederate becomes a "Galvanized Yankee"--a member of the United States Volunteers, regiments of Southern prisoners of war formed to protect white settlers from Indians on the Western frontier. Almost 6,000 Southerners enlisted in six regiments of Galvanized Yankees. They served on the Plains from Texas and Kansas to Dakota Territory, and in Colorado and Wyoming territories. In addition to serving as infantry at frontier posts in the West, the Galvanized Yankees participated in numerous Indian fights including Fort Rice, Dakota Territory, one of the first major fights against Sitting Bull, and at the Platte River Bridge Station, Wyoming Territory. This is one soldier's story.

This feature require that you enable JavaScript in your browser.
END_OF_DOCUMENT_TOKEN_TO_BE_REPLACED

This feature require that you enable JavaScript in your browser.
END_OF_DOCUMENT_TOKEN_TO_BE_REPLACED

This feature require that you enable JavaScript in your browser.
END_OF_DOCUMENT_TOKEN_TO_BE_REPLACED