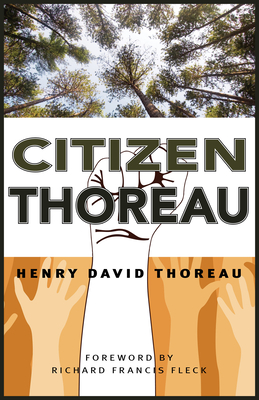 This set of timeless essays from the quintessential American shares his valuable philosophies on nature, solitude, slavery, religion, politics, fulfilling work, civil responsibilities, and more. WALDEN, Thoreau's beloved and well-known reflection upon simple living in natural surroundings, looks at how the outside world can benefit from renouncing a materialistic way of life. "If the machine of government is of such a nature that it requires you to be the agent of injustice to another, then, I say, break the law." --Thoreau "If a plant cannot live according to its nature, it dies; and so a man." --Thoreau His other essays deal with the social problems of his time: CIVIL DISOBEDIENCE applies principles of individualism to civil life, culminating in a call for a life that answers to a power outside of and unaffected by the state. LIFE WITHOUT PRINCIPLE offers his program for a righteous livelihood through ten "commandments." SLAVERY IN MASSACHUSETTS is based on a speech he gave at an antislavery rally after the re-enslavement of fugitive slave Anthony Burns and relates that freedom could not exist while slavery remained. PLEA FOR CAPTAIN JAMES BROWN portrays his kinship to Brown's abolitionist efforts and anger toward the injustice Brown received. "Thoreau was a great writer, philosopher, poet, and withal a most practical man, that is, he taught nothing he was not prepared to practise in himself. . . . He went to gaol for the sake of his principles and suffering humanity. His essay has, therefore, been sanctified by suffering. Moreover, it is written for all time. Its incisive logic is unanswerable." --Mohandas Gandhi ". . . when, in the mid-1950s, the United States Information Service included as a standard book in all their libraries around the world a textbook . . . which reprinted Thoreau's 'Civil Disobedience, ' the late Senator Joseph McCarthy succeeded in having that book removed from the shelves--specifically because of the Thoreau essay." --Walter Harding, in The Variorum Civil Disobedience I became convinced that noncooperation with evil is as much a moral obligation as is cooperation with good. No other person has been more eloquent and passionate in getting this idea across than Henry David Thoreau. As a result of his writings and personal witness, we are the heirs of a legacy of creative protest. --Martin Luther King, Jr., Autobiography.

Henry David Thoreau (July 12, 1817 - May 6, 1862) was an American author, poet, philosopher, abolitionist, naturalist, tax resister, development critic, surveyor, historian, and leading transcendentalist. He is best known for his book Walden, a reflection upon simple living in natural surroundings, and his essay Civil Disobedience, an argument for individual resistance to civil government in moral opposition to an unjust state. Richard F. Fleck is author of Desert Rims to Mountains High, and also foreword writer for the WestWinds Press: Literary Naturalist Series which includes Alaska Days with John Muir and The Maine Woods. He is editor of A Colorado River Reader. At age seventy-six he remains active by climbing mountains and guiding Sierra Club hikes in Colorado and Utah. He is married to Maura and has three children and seven grandchildren. He teaches occasional classes for Colorado Heights University in retirement.

This feature require that you enable JavaScript in your browser.
END_OF_DOCUMENT_TOKEN_TO_BE_REPLACED

This feature require that you enable JavaScript in your browser.
END_OF_DOCUMENT_TOKEN_TO_BE_REPLACED

This feature require that you enable JavaScript in your browser.
END_OF_DOCUMENT_TOKEN_TO_BE_REPLACED