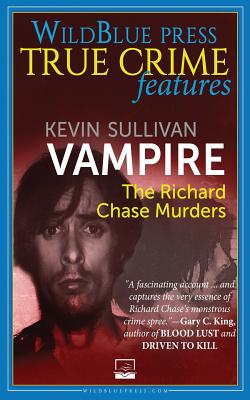 VAMPIRE: The Richard Chase Murders is the tale of a diabolical, homicidal madman running amok, mutilating and murdering the unsuspecting residents in the quiet neighborhoods of Sacramento, CA. His diabolical and unrelenting desires, not just to kill his victims but to drink their blood, unleashed a terror within the city unlike anything the residents had ever known. By the time Richard Trenton Chase graduated high school, everyone knew he was strange. But no one had any idea how bizarre he'd become, or what dark impulses were flowing through his troubled brain. The transformation from the outwardly strange young man to the diabolical killer he ultimately became, was gradual and would not become known until it was too late. First it was the killing of small animals and birds, and the drinking of their blood. However, when these sacrifices failed to satiate his needs, Richard Chase would seek out the highest form of life, and the city of Sacramento, California would react in horror to the hideous murders and mutilations committed by his hands. For those living in the quiet neighborhoods where the murders occurred, it was nothing less than a time of terror until the fiend was captured. VAMPIRE is an in-depth look into the life and disturbed mind of a killer, his family, and his many victims, the living as well as the dead. Within these pages you'll discover what it was like for the police, and what a difficult job they had finding a killer they knew wouldn't stop until he was apprehended. It was a race against time, in a series of murders that would stun even the most hardened investigators. It is the story of a city under siege, held captive by the man whose appetite for blood could not be satiated.

This feature require that you enable JavaScript in your browser.
END_OF_DOCUMENT_TOKEN_TO_BE_REPLACED

This feature require that you enable JavaScript in your browser.
END_OF_DOCUMENT_TOKEN_TO_BE_REPLACED

This feature require that you enable JavaScript in your browser.
END_OF_DOCUMENT_TOKEN_TO_BE_REPLACED