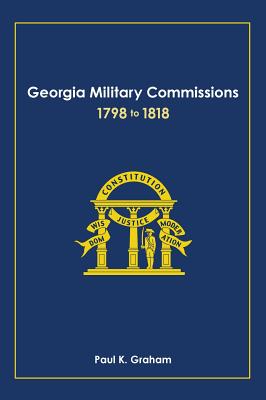 This book documents the name, rank, unit, and commission date of men who served as officers in the Georgia Militia from 1798 to 1818. It is an invaluable resource to anyone conducting research on the people who lived in the state of Georgia during that period, whether or not they were officers in the militia. Beyond documenting military service, the names of local officers are the key to correctly interpreting many historical documents.

More than thirty-eight thousand men served as officers in the Georgia Militia between January 1798 and April 1860. This book contains abstracts of the 9,910 officer commissions recorded in the Adjutant General of Georgia's Military Commission Books from January 15, 1798 to March 13, 1818. Officers found in this list served from the lowest commissioned rank of ensign all the way up to major general. It includes the names of more than 2,600 captains, almost 3,000 lieutenants, and more than 3,200 ensigns. They served in local companies, as well as specialized artillery, dragoon, and cavalry units.

The details provided within don't just document military service, but provide crucial information for interpreting all sorts of historical documents in Georgia. Prior to the late-1840s, militia units, including companies, battalions, and regiments, were most often described using the name of the officer in command, even following the institution of a unit numbering system in 1804. With the data in this book, historians and genealogists now have a convenient cross-reference of named officers to numbered units, which will aid in the interpretation of early records like census enumerations, tax rolls, and land lottery documents.

This feature require that you enable JavaScript in your browser.
END_OF_DOCUMENT_TOKEN_TO_BE_REPLACED

This feature require that you enable JavaScript in your browser.
END_OF_DOCUMENT_TOKEN_TO_BE_REPLACED

This feature require that you enable JavaScript in your browser.
END_OF_DOCUMENT_TOKEN_TO_BE_REPLACED