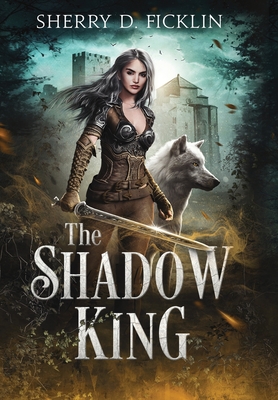 Since the fall of Ankara, King Aldin has worked tirelessly to rebuild the neighboring kingdom-and secure his throne-while maintaining the fragile alliance that ended the war between them. Peace is finally within his grasp when dangers awaken that put his life, and the fate of his nation, at the mercy of his most formidable enemies.

As leader of the Turnskin, Pria never imagined aligning herself with the kingdom responsible for the bloody, generations-old feud with her people. Yet when destiny puts King Aldin's life in her hands, she must push old grudges aside to save them all from foreign invaders determined to conquer their country.

With assassins lurking behind every door and the fate of a vulnerable nation hanging in the balance, the king and the warrior find themselves trapped between fear and forgiveness, between war and redemption. Survival will mean letting old wounds heal for the sake of their people, and making peace with the darkest parts of themselves. But as their reluctant truce grows into much more, other dangers hover on the horizon, waiting to crush them both. Can they overcome their twisted fate and secure the crown? Or will the unexpected bond they are forging ultimately bring about their destruction?

This feature require that you enable JavaScript in your browser.
END_OF_DOCUMENT_TOKEN_TO_BE_REPLACED

This feature require that you enable JavaScript in your browser.
END_OF_DOCUMENT_TOKEN_TO_BE_REPLACED

This feature require that you enable JavaScript in your browser.
END_OF_DOCUMENT_TOKEN_TO_BE_REPLACED