Grilling Dahmer: The Interrogation Of The Milwaukee Cannibal (Paperback) 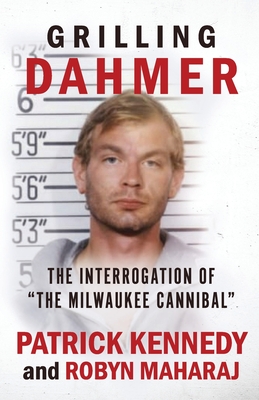 In the late hours of July 22, 1991, Detective Patrick "Pat" Kennedy of the Milwaukee Police Department was asked to respond to a possible homicide. Little did he know that he would soon be delving into the dark mind of one of America's most notorious serial killers, the "Milwaukee Cannibal" Jeffrey Dahmer.

As the media clamored for details, Kennedy spent the next six weeks, sixteen hours a day, locked in an interrogation room with Dahmer. There the 31-year-old killer described in lurid detail how he lured seventeen young men to his apartment where he strangled, sexually assaulted, dismembered, and in some cases, cannibalized his victims.

In GRILLING DAHMER: The Interrogation of "The Milwaukee Cannibal" the reader is taken on a horrifying tour into the mind of evil as Kennedy patiently and meticulously listened to unspeakable horrors so that a monster would be taken off the streets forever.

This feature require that you enable JavaScript in your browser.
END_OF_DOCUMENT_TOKEN_TO_BE_REPLACED

This feature require that you enable JavaScript in your browser.
END_OF_DOCUMENT_TOKEN_TO_BE_REPLACED

This feature require that you enable JavaScript in your browser.
END_OF_DOCUMENT_TOKEN_TO_BE_REPLACED