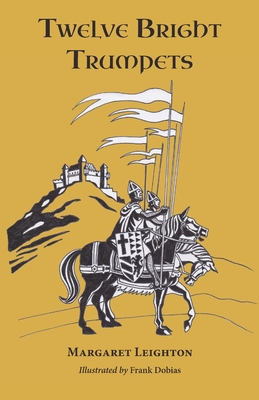 Twelve short stories of the important events in Medieval history told through the eyes of young people who lived in those times:

The boy, Gains, is awakened in the middle of the night when his village in Roman Britain is attacked by Northern pirates.

The monastery where the peasant boy Remy is going to school receives a visit from the Emperor Charlemagne.

Just after the Danish invasion of Britain has been stopped by King Alfred, Cedric, a young Saxon, meets the brave king.

Astrid, in Norway, awaits the return of her father who, with other Vikings, has been attacking the northern coast of France.

Edith, a Saxon girl, and Alix, a Norman girl, become friends when they are both attending a convent school in Normandy in the time of William the Conqueror.

Denis, a young squire, accompanies his master on the First Crusade and is rewarded for his part in the taking of Jerusalem.

At the death of her mother and father, Rohais is left alone to protect the castle until her brother returns from the Crusades.

Geoffrey, page to an earl who objects to King John's tyranny, is present at the signing of the Magna Carta.

Jacques, a young serf, runs away from the feudal manorvillage to escape the terrible anger of the baron's game warden.

Caught by the reawakened enthusiasm for art in Florence, Marco, an Italian peasant boy, finds something to show the artist, Master Antonio.

Karl, a copyist's apprentice who is tired of copying books by hand, finds at the establishment of Master Gutenberg a noble magic.

Camilla, at home in Venice while her brother is on a voyage with Vasco da Gama, almost misses the great water festival.

This feature require that you enable JavaScript in your browser.
END_OF_DOCUMENT_TOKEN_TO_BE_REPLACED

This feature require that you enable JavaScript in your browser.
END_OF_DOCUMENT_TOKEN_TO_BE_REPLACED

This feature require that you enable JavaScript in your browser.
END_OF_DOCUMENT_TOKEN_TO_BE_REPLACED