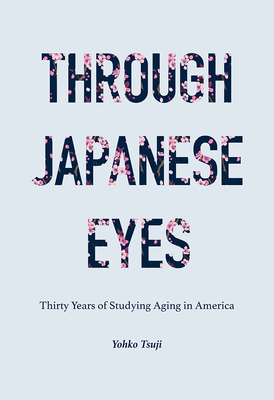 In Through Japanese Eyes, based on her thirty-year research at a senior center in upstate New York, anthropologist Yohko Tsuji describes old age in America from a cross-cultural perspective. Comparing aging in America and in her native Japan, she discovers that notable differences in the panhuman experience of aging are rooted in cultural differences between these two countries, and that Americans have strongly negative attitudes toward aging because it represents the antithesis of cherished American values, especially independence. Tsuji reveals that American culture, despite its seeming lack of guidance for those aging, plays a pivotal role in elders’ lives, simultaneously assisting and constraining them. Furthermore, the author’s lengthy period of research illustrates major changes in her interlocutors’ lives, incorporating their declines and death, and significant shifts in the culture of aging in American society as Tsuji herself gets to know American culture and grows into senescence herself.

Through Japanese Eyes offers an ethnography of aging in America from a cross-cultural perspective based on a lengthy period of research. It illustrates how older Americans cope with the gap between the ideal (e.g., independence) and the real (e.g., needing assistance) of growing older, and the changes the author observed over thirty years of research.

YOHKO TSUJI is an adjunct associate professor of anthropology at Cornell University in Ithaca, New York.

“Through Japanese Eyes is a warm and sympathetic portrait of mutual support and cooperation among older people in the United States. Spanning from the 1980s through to the present day, it reveals the value of long-term personal engagement with a research site and subject matter.”
— Iza Kavedžija

“Yohko Tsuji offers carefully crafted prose and an inviting tone that welcomes the reader to share her three decades of research on community-based aging. She begins with a critical overview of the anthropological scholarship on aging, giving students and colleagues a firm foundation in anthropological approaches to aging and why they are distinctly powerful. A native of Japan, she draws on both emic and etic perspectives in discussing how culture informs social networks based on mutual support, friendship, kinship, and proximity.”
— Maria Vesperi

"Aging in America: Professors study offers hope for fear of getting old" by Matt Steecker
— The Ithaca Journal

"Tsuji was born in Japan and came to the U.S. for college in the Seventies; she’s now an adjunct associate professor of anthropology on the Hill. Her new book, based on three decades of research at a senior center in Upstate New York, examines old age in America from a cross-cultural perspective, comparing how aging is experienced in her adopted and native countries. 'It seems that Americans detest old age because it represents the antithesis of the country’s cultural ideals. In other words, culture is the culprit for the plight of American elders,' Tsuji writes in the introduction. 'By contrast, Japanese culture seems to offer a neat prescription for the problems of old age: for example, co-residence with children, an emphasis on interdependence, and the Confucian ethics of filial piety.'”
— Cornell Alumni Magazine

"The Gifts of Elders" by Yohko Tsuji
— Triton Magazine

"I recommend the book for everyone."
— The Plaza Review

This feature require that you enable JavaScript in your browser.
END_OF_DOCUMENT_TOKEN_TO_BE_REPLACED

This feature require that you enable JavaScript in your browser.
END_OF_DOCUMENT_TOKEN_TO_BE_REPLACED

This feature require that you enable JavaScript in your browser.
END_OF_DOCUMENT_TOKEN_TO_BE_REPLACED