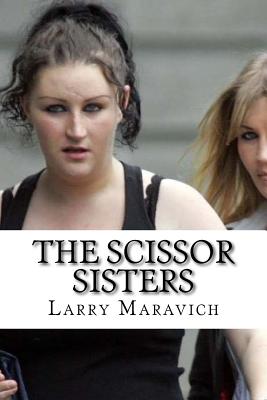 Drink, drugs, prostitution and a violent lover. Some of the ingredients that combined to bring about one of the most horrific crimes in Irish history. Add to it family disloyalty, fear, an abusive husband along with a liberal dose of poverty and the recipe is complete. In a case that became known as 'The Scissor Sisters' Murder', two daughters killed then dismembered their mother's partner and threw his body parts into Dublin's Royal Canal.Ireland suffers from one of Europe's lowest murder rates. Only the Netherlands and Austria have less homicide per 100000 of population. But even the most savage of contract killings would struggle to match the horror of the crime that took place in the rundown Richmond Cottages in, close to the centre of Dublin, on March 20th, 2005.After their arrest, Charlotte and Linda Mulhall attended court wearing prominent make up and carrying harsh, uncompromising stares. That earned them the nickname 'The Scissor Sisters' (mimicking the American pop stars) as they faced charges of murder and mutilation.

This feature require that you enable JavaScript in your browser.
END_OF_DOCUMENT_TOKEN_TO_BE_REPLACED

This feature require that you enable JavaScript in your browser.
END_OF_DOCUMENT_TOKEN_TO_BE_REPLACED

This feature require that you enable JavaScript in your browser.
END_OF_DOCUMENT_TOKEN_TO_BE_REPLACED