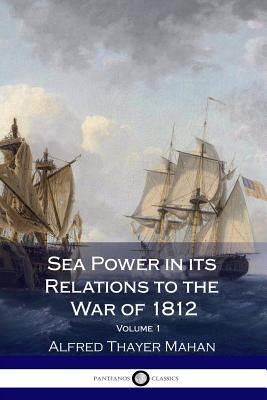 By Alfred Thayer Mahan
$11.99
usually available in 5-10 days
(This is a special order book which cannot be returned.)

Historian and naval strategist Alfred Thayer Mahan offers his expert analysis of the importance sea forces had in the course and outcome of the War of 1812. This edition includes the original illustrations, maps, and charts.
Informed by Mahan's long experience working in the U.S. Navy, and by his decades of research into centuries of naval wars, this text contains a chronological narrative of the War of 1812. As the United States first large scale conflict as a nation, Mahan is aware of the significance of the young country grappling with war, strategy and diplomacy.
The initial chapters examine the circumstances leading to the outbreak of War; notably, the desire of war hawks in Congress, who pressured President James Madison into declaring war upon Great Britain. A lengthy preamble, covering the colonial history and early decades of the independent United States, explains how opinions were divided; hawkish Americans desired to capture British lands in North America, while others favored less aggressive policy. The political maneuverings that led to war are thoroughly scrutinized.
This first volume of Mahan's work covers the period until the famous battle between the ship United States, and the British frigate HMS Macedonian. Ending in the surrender and capture of the British ship, this event is considered an early episode of strategic finesse in American history. The British ship was duly repaired and assimilated into the-then minuscule U.S. Navy; the very event of the capture improved national morale and eased anti-war sentiments among wearier citizens.
In keeping with his other works, Mahan includes a series of relevant and crucial illustrations and drawings. We are given maps of the battlefield, and sketches of how the battles ensued; the motion of the vessels involved, and their significance, is detailed. This reprint includes all of these images, that the reader may better learn from and enjoy this book.

This feature require that you enable JavaScript in your browser.
END_OF_DOCUMENT_TOKEN_TO_BE_REPLACED

This feature require that you enable JavaScript in your browser.
END_OF_DOCUMENT_TOKEN_TO_BE_REPLACED

This feature require that you enable JavaScript in your browser.
END_OF_DOCUMENT_TOKEN_TO_BE_REPLACED