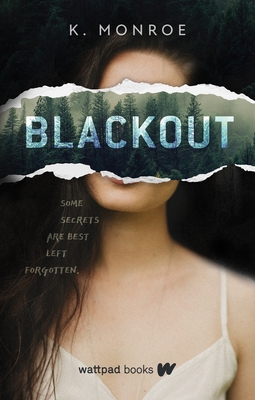 Some secrets are best left forgotten.

When Allie Castillo wakes up after a terrible car accident, with head injuries and zero recollection of who she is or what happened, one thing haunts the edges of her mind: the crash may not have been an accident.

Her body still bruised, she returns to a life she doesn’t recall, to a house that’s unfamiliar, and to a family that doesn’t feel like her own. School is another minefield—her boyfriend wants his girl back, her best friend wants to carry on their old partying ways, and the mysterious guy at the back of the classroom wants nothing more than to unlock the door to her forgotten memories.

As Allie learns about her notorious past, she grows to dislike who she was pre-accident. She’s determined to change, determined not to repeat the same mistakes. But when her life is put in jeopardy once more, Allie realizes that her only chance at survival is to remember who she used to be—even if that means abandoning who she wants to become.

K. Monroe grew up in small town Saskatchewan, and began sharing her work online at the age of fourteen. She attended college in Vancouver, where she earned an Associate Certificate in graphic design. When she’s not writing, you can find her brainstorming ideas, singing along to every song in her music library, and fantasizing about decorating her dream apartment. Blackout is her debut novel.

This feature require that you enable JavaScript in your browser.
END_OF_DOCUMENT_TOKEN_TO_BE_REPLACED

This feature require that you enable JavaScript in your browser.
END_OF_DOCUMENT_TOKEN_TO_BE_REPLACED

This feature require that you enable JavaScript in your browser.
END_OF_DOCUMENT_TOKEN_TO_BE_REPLACED