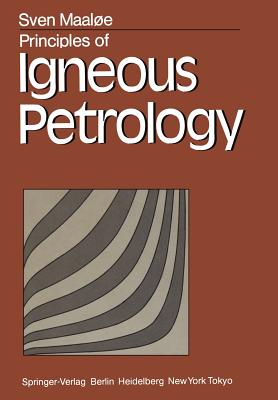 Igneous petrology was to some extent essentially a descriptive sci- ence until about 1960. The results were mainly obtained from field work, major element analyses, and microscopical studies. During the 1960's two simultaneous developments took place, plate tectonics became generally accepted, and the generation of magmas could now be related to the geodynamic features like convection cells and subduction zones. The other new feature was the development of new analytical apparatus which allowed high accuracy analyses of trace elements and isotopes. In addition it became possible to do ex- perimental studies at pressures up to 100 kbar. During the 1970's a large amount of analytical data was obtained and it became evident that the igneous processes that control the compositions of magmas are not that simple to determine. The composition of a magma is controlled by the compositions of its source, the degree of partial melting, and the degree of fractionation. In order to understand the significance of these various processes the relationship between the physical processes and their geochemical consequences should be known. Presently there are several theories that attempt to explain the origin of the various magma types, and these theories can only be evaluated by turning the different ideas into quantitative models. We will so to speak have to do some book keeping for the various theories in order to see which ones are valid. the present book is intended as an introduction to the more fun- damental aspects of quantitative igneous petrology.

This feature require that you enable JavaScript in your browser.
END_OF_DOCUMENT_TOKEN_TO_BE_REPLACED

This feature require that you enable JavaScript in your browser.
END_OF_DOCUMENT_TOKEN_TO_BE_REPLACED

This feature require that you enable JavaScript in your browser.
END_OF_DOCUMENT_TOKEN_TO_BE_REPLACED