Happy Land - A Lover's Revenge: The nightclub fire that shocked a nation (Paperback) 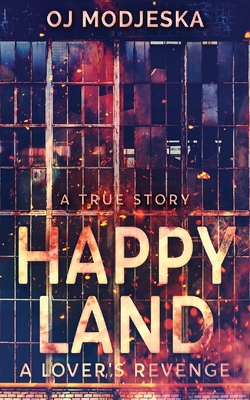 The scene was paralyzing. We stood there, numb. No one spoke. There were 69 bodies spread about the 24x50 foot area. They all could have been sleeping.

In the small hours of the annual Punta Carnivale celebrations held by Central American communities of the West Bronx, residents witness flames and smoke coming from a popular nightspot known as Happy Land. Fire and rescue personnel arrive at the scene within three minutes, only to find all 87 party-goers trapped inside already dead. The victims have died at an unfathomable speed, succumbing to suffocation and the effects of lethal gases before the flames could even reach them.

Detectives soon realize that the disaster, epic and tragic in proportions, is no accident. The fire has been deliberately lit by an arsonist, the man responsible for what is to be the worst mass murder in American history.

Happy Land - A Lover's Revenge untangles the shocking story behind one of the worst fires in New York history. Exploring in detail a tragedy little remembered today, but rich with contemporary meaning, the story provides an unnerving snapshot of the possible consequences of societal indifference to violence against women and the plight of the most vulnerable in our communities.

This feature require that you enable JavaScript in your browser.
END_OF_DOCUMENT_TOKEN_TO_BE_REPLACED

This feature require that you enable JavaScript in your browser.
END_OF_DOCUMENT_TOKEN_TO_BE_REPLACED

This feature require that you enable JavaScript in your browser.
END_OF_DOCUMENT_TOKEN_TO_BE_REPLACED