Lard, Lice and Longevity: The Standard of Living in Occupied Denmark and the Netherlands, 1940-1945 (Paperback) 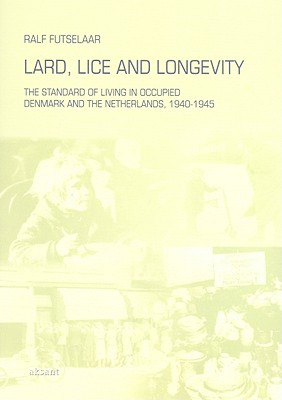 Lard, Lice and Longevity reconstructs economic policies implemented in Denmark and the Netherlands during the German occupation. It clearly shows that the experiences of both these countries during World War I, and during the 1930s equipped them to introduce extensive and intrusive economic controls to ward off a subsistence crisis.

In spite of the strong similarities between the two countries in terms of policies and economic order, there remains a glaring difference between the two. Throughout the occupation years, the Netherlands suffered a markedly higher level of child mortality than before or after the war, caused by an upsurge of infectious diseases. Child health in Denmark, on the other hand, declined during the occupation years, and infectious diseases rose only marginally there. In spite of similar policies, hence, the outcome in terms of the biological standard of living was dissimilar.

By closely investigating the impact of various policies on everyday life, and the amounts of goods available to different groups of consumers, this study identifies the causes of this remarkable divergence.

This feature require that you enable JavaScript in your browser.
END_OF_DOCUMENT_TOKEN_TO_BE_REPLACED

This feature require that you enable JavaScript in your browser.
END_OF_DOCUMENT_TOKEN_TO_BE_REPLACED

This feature require that you enable JavaScript in your browser.
END_OF_DOCUMENT_TOKEN_TO_BE_REPLACED