The Anatomy of Post-Communist Regimes: A Conceptual Framework (Hardcover) 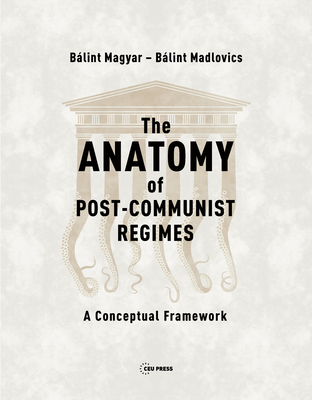 By Bálint Magyar, Bálint Madlovics
$125.00
Backordered - OK to 'add to cart' and we'll let you know when your copy is here

Offering a single, coherent framework of the political, economic, and social phenomena that characterize post-communist regimes this is the most comprehensive work on post-communist regimes to date. Focusing on Central Europe, the post-Soviet countries and China, the study provides concepts and theories to analyze the actors, institutions, and dynamics of post-communist democracies, autocracies, and dictatorships. The work explores the structural foundations of post-communist regime development; the types of state, with an emphasis on informality and patronalism; the types of actors in the political, economic, and communal spheres; the ways autocrats neutralize media, elections, etc.; the color revolutions of civil resistance (as in Georgia and in Ukraine) and the defensive mechanisms of democracy and autocracy; the evolution of corruption and the workings of "relational economy"; an analysis of China as "market-exploiting dictatorship"; the sociology of "clientage society"; the instrumental use of ideology, with an emphasis on populism; and a six-regime framework for modeling regime trajectories. While being the most definitive book on the topic the book is nevertheless written in an accessible style suitable for both beginners who wish to understand the logic of post-communism and scholars who are interested in original contributions to comparative regime theory. The book is equipped with QR codes that link to www.postcommunistregimes.com, which contains interactive, 3D supplementary material for teaching.

This feature require that you enable JavaScript in your browser.
END_OF_DOCUMENT_TOKEN_TO_BE_REPLACED

This feature require that you enable JavaScript in your browser.
END_OF_DOCUMENT_TOKEN_TO_BE_REPLACED

This feature require that you enable JavaScript in your browser.
END_OF_DOCUMENT_TOKEN_TO_BE_REPLACED