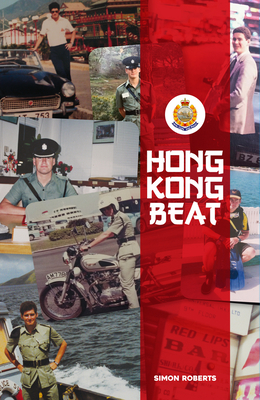 Sex, drugs, gambling, ghosts, drinking, rugby, overseas adventures - and even some police work. Hong Kong on the edge of empire was a place teeming with triads, smugglers, Chinese immigrants and Vietnamese refugees. Simon's memoir of his time in the Hong Kong police force - from the 1970s until after the 1997 handover - is a fast-paced tale of his exploits. From the murky back streets of Kowloon to the open seas in the Marine division, his shocking and hilarious tales offer an alternative look back at what life was really like on the Hong Kong beat.

Simon Roberts joined the Royal Hong Kong Police in 1979 and continued to serve in the Hong Kong Police after the handover in 1997. During his 23 years of service he worked in different departments all over the Territory. These included district crime and anti-triad squads, vice squads, Operational Command, Crime HQ, Crime Prevention, Marine, and even as a court prosecutor. During his time in Hong Kong he kept a diary and was a prodigious letter writer. He still has many of the early letters which, together with accumulated official documents, form the backbone of this book. Simon was promoted to Detective Superintendent 10 days before the handover. He resigned in 2002 to take up a role in the private sector, and was presented with a valedictory letter for meritorious service from the Commissioner. He is a lifetime member of the Royal Hong Kong Police Association. Simon continues to work in the security industry. He now lives in England. The author's proceeds from Hong Kong Beat are being donated to the Hong Kong Police Welfare Fund.

This feature require that you enable JavaScript in your browser.
END_OF_DOCUMENT_TOKEN_TO_BE_REPLACED

This feature require that you enable JavaScript in your browser.
END_OF_DOCUMENT_TOKEN_TO_BE_REPLACED

This feature require that you enable JavaScript in your browser.
END_OF_DOCUMENT_TOKEN_TO_BE_REPLACED