Blood Sisters Lib/E: The Women Behind the Wars of the Roses (Compact Disc) 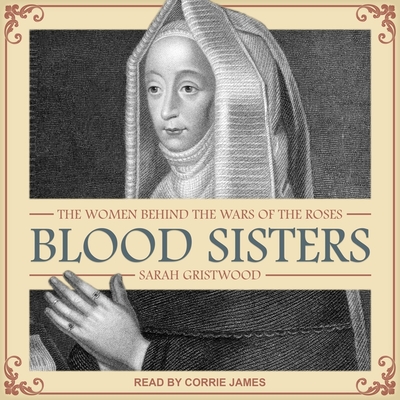 By Corrie James (Read by), Sarah Gristwood
$24.99
Special Order - may be out of print

To contemporaries, the Wars of the Roses were known collectively as a cousins' war. The series of dynastic conflicts that tore apart the ruling Plantagenet family in fifteenth-century England was truly a domestic drama, as fraught and intimate as any family feud before or since. As acclaimed historian Sarah Gristwood reveals in Blood Sisters, while the events of this turbulent time are usually described in terms of the male leads who fought and died seeking the throne, a handful of powerful women would prove just as decisive as their kinfolks' clashing armies. These mothers, wives, and daughters were locked in a web of loyalty and betrayal that would ultimately change the course of English history. In a captivating, multigenerational narrative, Gristwood traces the rise and rule of the seven most critical women in the wars: from Marguerite of Anjou, wife of the Lancastrian Henry VI, who steered the kingdom in her insane husband's stead; to Cecily Neville, matriarch of the rival Yorkist clan, whose son Edward IV murdered his own brother to maintain power; to Margaret Beaufort, who gave up her own claim to the throne in favor of her son, a man who would become the first of a new line of Tudor kings.

This feature require that you enable JavaScript in your browser.
END_OF_DOCUMENT_TOKEN_TO_BE_REPLACED

This feature require that you enable JavaScript in your browser.
END_OF_DOCUMENT_TOKEN_TO_BE_REPLACED

This feature require that you enable JavaScript in your browser.
END_OF_DOCUMENT_TOKEN_TO_BE_REPLACED