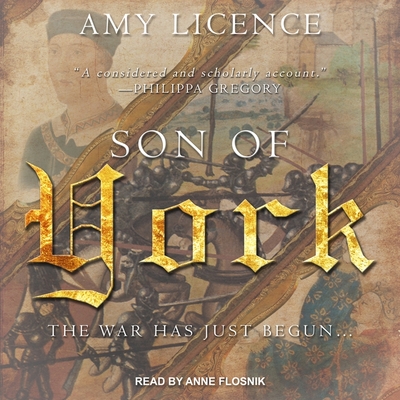 England, 1455 King Henry VI is proving to be an unstable monarch, prone to bouts of mysterious illness and susceptible to manipulation from others. Richard of York, the most powerful magnate in the land, steps in to manage affairs whilst Henry is unwell. Many people prefer York's rule, which does not please the queen. The country begins to divide and plots start to hatch. York himself is directly descended from the royal family line, in fact, a little more directly than Henry but he puts this fact aside and strives only to serve the king. This, however, becomes increasingly difficult due to the acts of the queen, who, now feeling threatened by York, calls her men to get rid of him. The York family is strong and the two eldest sons, Edward and Edmund are approaching manhood. Edward, bold and eager, is keen to leave his childhood behind and enter the world of men, of politics, combat and love. Edmund, the younger brother is more introspective and struggles to project his public image. Both boys look to York as their mentor, a match for any king; and Richard is proud of them both. But with sons comes the question of inheritance. Who will succeed Henry's throne?

This feature require that you enable JavaScript in your browser.
END_OF_DOCUMENT_TOKEN_TO_BE_REPLACED

This feature require that you enable JavaScript in your browser.
END_OF_DOCUMENT_TOKEN_TO_BE_REPLACED

This feature require that you enable JavaScript in your browser.
END_OF_DOCUMENT_TOKEN_TO_BE_REPLACED