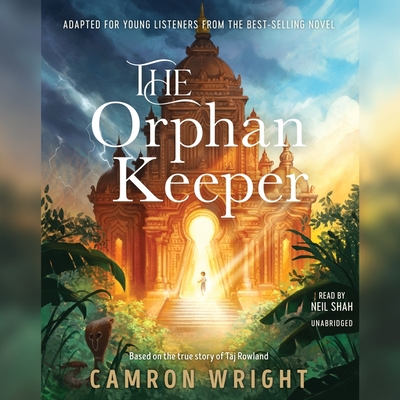 Based on a remarkable true story

Seven-year-old Chellamuthu's life--and his destiny--is forever changed when he is kidnapped from his village in Southern India and sold to the Lincoln Home for Homeless Children. His family is desperate to find him, and Chellamuthu anxiously tells the Indian orphanage that he is not an orphan, he has a mother who loves him. But he is told not to worry, he will soon be adopted by a loving family in America.

Chellamuthu is suddenly surrounded by a foreign land and a foreign language. He can't tell people that he already has a family and becomes consumed by a single, impossible question: How do I get home? But after more than a decade, home becomes a much more complicated idea as the Indian boy eventually sheds his past and receives a new name: Taj Khyber Rowland.

It isn't until Taj meets an Indian family who helps him rediscover his roots, as well as marrying Priya, his wife, who helps him unveil the secrets of his past, that he begins to discover the truth he has all but forgotten. Taj is determined to return to India and begin the quest to find his birth family. But is it too late? Is it possible that his birth mother is still looking for him? And which family does he belong to now?

From the best-selling author The Rent Collector, this is a deeply moving and gripping journey about discovering one's self and the unbreakable family bonds that connect us forever.

This feature require that you enable JavaScript in your browser.
END_OF_DOCUMENT_TOKEN_TO_BE_REPLACED

This feature require that you enable JavaScript in your browser.
END_OF_DOCUMENT_TOKEN_TO_BE_REPLACED

This feature require that you enable JavaScript in your browser.
END_OF_DOCUMENT_TOKEN_TO_BE_REPLACED