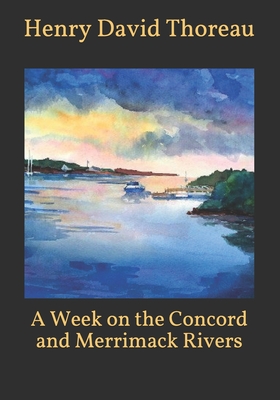 The Musketaquid, or Grass-ground River, though probably as old as the Nile or Euphrates, didnot begin to have a place in civilized history, until the fame of its grassy meadows and its fishattracted settlers out of England in 1635, when it received the other but kindred name of CONCORDfrom the first plantation on its banks, which appears to have been commenced in a spirit of peaceand harmony. It will be Grass-ground River as long as grass grows and water runs here; it will beConcord River only while men lead peaceable lives on its banks. To an extinct race it was grassground, where they hunted and fished, and it is still perennial grass-ground to Concord farmers, whoown the Great Meadows, and get the hay from year to year. "One branch of it," according to thehistorian of Concord, for I love to quote so good authority, "rises in the south part of Hopkinton, and another from a pond and a large cedar-swamp in Westborough," and flowing betweenHopkinton and Southborough, through Framingham, and between Sudbury and Wayland, where itis sometimes called Sudbury River, it enters Concord at the south part of the town, and afterreceiving the North or Assabeth River, which has its source a little farther to the north and west, goes out at the northeast angle, and flowing between Bedford and Carlisle, and through Billerica, empties into the Merrimack at Lowell. In Concord it is, in summer, from four to fifteen feet deep, and from one hundred to three hundred feet wide, but in the spring freshets, when it overflows itsbanks, it is in some places nearly a mile wide. Between Sudbury and Wayland the meadows acquiretheir greatest breadth, and when covered with water, they form a handsome chain of shallow vernallakes, resorted to by numerous gulls and ducks. Just above Sherman's Bridge, between these towns, is the largest expanse, and when the wind blows freshly in a raw March day, heaving up the surfaceinto dark and sober billows or regular swells, skirted as it is in the distance with alder-swamps andsmoke-like maples, it looks like a smaller Lake Huron, and is very pleasant and exciting for alandsman to row or sail over.

This feature require that you enable JavaScript in your browser.
END_OF_DOCUMENT_TOKEN_TO_BE_REPLACED

This feature require that you enable JavaScript in your browser.
END_OF_DOCUMENT_TOKEN_TO_BE_REPLACED

This feature require that you enable JavaScript in your browser.
END_OF_DOCUMENT_TOKEN_TO_BE_REPLACED