Homer and His Age (Paperback) 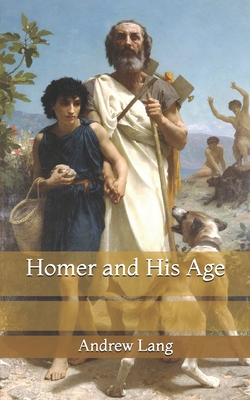 A theorist who believes that the Homeric poems are the growth of four changefulcenturies, must present a definite working hypothesis as to how they escaped fromcertain influences of the late age in which much of them is said to have beencomposed. We must first ask to what manner of audiences did the poets sing, in thealleged four centuries of the evolution of the Epics. Mr. Leaf, as a champion of thetheory of ages of "expansion," answers that "the Iliad and Odyssey are essentially, and above all, Court poems. They were composed to be sung in the palaces of aruling aristocracy ... the poems are aristocratic and courtly, not popular." {Footnote: Companion to the Iliad, pp. 2,8. 1892.} They are not Volkspoesie; they are not ballads."It is now generally recognised that this conception is radically false."These opinions, in which we heartily agree-there never was such athing as a "popular" Epic-were published fourteen years ago. Mr.Leaf, however, would not express them with regard to "our" Iliad andOdyssey, because, in his view, a considerable part of the Iliad, asit stands, was made, not by Court bards in the Achaean courts of Europe, not for an audience of noble warriors and dames, but by wanderingminstrels in the later Ionian colonies of Asia. They did not chant for amilitary aristocracy, but for the enjoyment of town and country folk atpopular festivals. {Footnote: Iliad, vol. i. p. xvi. 1900.} The poemswere begun, indeed, he thinks, for "a wealthy aristocracy livingon the product of their lands," in European Greece; were begun bycontemporary court minstrels, but were continued, vastly expanded, andaltered to taste by wandering singers and reciting rhapsodists, whoamused the holidays of a commercial, expansive, and bustling Ioniandemocracy. {Footnote: Companion to the Iliad, p. II.}We must suppose that, on this theory, the later poets pleased acommercial democracy by keeping up the tone that had delighted an oldland-owning military aristocracy. It is not difficult, however, to admitthis as possible, for the poems continued to be admired in all ages ofGreece and under every form of society. The real question is, would themodern poets be the men to keep up a tone some four or five centuriesold, and to be true, if they were true, to the details of the heroicage? "It is not beyond the bounds of possibility that some part of themost primitive Iliad may have been actually sung by the court minstrelin the palace whose ruins can still be seen in Mycena.

This feature require that you enable JavaScript in your browser.
END_OF_DOCUMENT_TOKEN_TO_BE_REPLACED

This feature require that you enable JavaScript in your browser.
END_OF_DOCUMENT_TOKEN_TO_BE_REPLACED

This feature require that you enable JavaScript in your browser.
END_OF_DOCUMENT_TOKEN_TO_BE_REPLACED