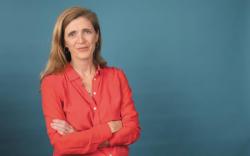 This event is sold out - thank you for your interest.

Please join us on Friday, September 27 at 7pm, when Samantha Power presents her memoir, The Education of an Idealist. The event will be held at Trinitarian Congregational Church (54 Walden Street) in Concord. Doors open at 6:15. She will be joined in conversation by Pulitzer Prize-winning historian Doris Kearns Goodwin.

This is a ticketed event, with options for Admission only ($5), or a Admission/Book Bundle ($32).

Admission Tickets and Admission/Book Bundles will be sold beginning at 9:30am on Tuesday, September 10, at the back desk of the Concord Bookshop (near Young Readers); limit two total Admissions or Bundles per person. Sales on September 10 will be 'in person' only, no phone or web sales.

We do expect this event to sell out, and will announce on social media and signage in the Bookshop when all tickets have been purchased.

Every person attending the speaker program must have an admission ticket, which will also be used to enter the book-signing line following Ms. Power's talk.

We thank you for supporting our author programs by purchasing your copy of The Education of an Idealist from the Concord Bookshop, which will have additional books available at the program.

If you are unable to attend the event, and would like to purchase a signed/inscribed edition of The Education of an Idealist, or other of Ms. Power's books, please scroll down and indicate "signed edition' in the Comments field of your order.

Samantha Power is the Anna Lindh Professor of the Practice of Global Leadership and Public Policy at Harvard Kennedy School and the William D. Zabel Professor of Practice in Human Rights at Harvard Law School. From 2013 to 2017, Power served in the Cabinet of President Barack Obama and as US Ambassador to the United Nations. From 2009 to 2013, Power worked on the National Security Council as Special Assistant to the President for Multilateral Affairs and Human Rights. Power’s book "A Problem from Hell:" America and the Age of Genocide won the Pulitzer Prize in 2003. She is also the author of the New York Times bestseller Chasing the Flame: One Man’s Fight to Save the World. Power began her career as a journalist reporting from countries including Bosnia, East Timor, Rwanda, and Sudan, and she has been named by TIME as one of the world’s 100 Most Influential People and by Forbes as one of the World’s 100 Most Powerful Women. She immigrated to the United States from Ireland as a child, and lives in Concord with her husband, Cass Sunstein, and their two children. 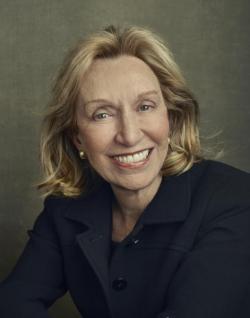 Doris Kearns Goodwin’s interest in leadership began more than half a century ago as a professor at Harvard. Her experiences working for Lyndon B. Johnson in the White House and later assisting him on his memoirs led to her bestselling Lyndon Johnson and the American Dream. She followed up with the Pulitzer Prize–winning No Ordinary Time: Franklin & Eleanor Roosevelt: The Home Front in World War II. She earned the Lincoln Prize for the runaway bestseller Team of Rivals, the basis for Steven Spielberg’s Academy Award–winning film Lincoln, and the Carnegie Medal for The Bully Pulpit, the New York Times bestselling chronicle of the friendship between Theodore Roosevelt and William Howard Taft. Her best-selling Leadership: In Turbulent Times is the culmination of five decades of acclaimed studies in presidential history, and offers an illuminating exploration into the early development, growth, and exercise of leadership. Ms. Goodwin lives in Concord.

The Education of an Idealist: A Memoir (Hardcover)

A Problem from Hell: America and the Age of Genocide (Paperback)

Chasing the Flame: One Man's Fight to Save the World (Paperback)