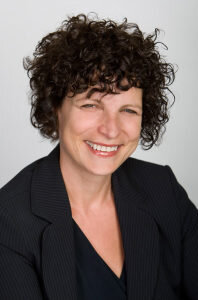 Local resident Suzanne Koven, MD, is a primary care physician and writer-in-residence at Massachusetts General Hospital. Her writing has appeared in the Boston Globe and Psychology Today, among other publications. She is a member of the faculty at Harvard Medical School.

Letter to a Young Female Physician: Notes from a Medical Life is "hot off the presses," published on May 4, 2021.

Should you desire a personally inscribed copy (i.e. "To Elizabeth"), please indicate wording in the Comments section of your order.

Letter to a Young Female Physician: Notes from a Medical Life (Signed Edition!)

A poignant, funny, personal exploration of authenticity in work and life by a woman doctor.

In 2017, Dr. Suzanne Koven published an essay describing the challenges faced by women doctors, including her own personal struggle with “imposter syndrome”—a long-held, secret belief that she was not smart enough or good enough to be a “real” doctor. Accessed nearly 300,000 times by readers around the world, Koven’s “Letter to a Young Female Physician” has evolved into a work that reflects on her career in medicine, in which women still encounter sexism, pay inequity, and harassment.

Koven tells engaging stories about her pregnancy during a grueling residency in the AIDS era; the illnesses of her son and parents during which her roles as a doctor, mother, and daughter converged; and the twilight of her career during the COVID-19 pandemic. Letter to a Young Female Physician offers an indelible eyewitness account from a doctor, mother, wife, daughter, teacher, and writer that will encourage readers to embrace their own imperfect selves.

This feature require that you enable JavaScript in your browser.
END_OF_DOCUMENT_TOKEN_TO_BE_REPLACED

This feature require that you enable JavaScript in your browser.
END_OF_DOCUMENT_TOKEN_TO_BE_REPLACED

This feature require that you enable JavaScript in your browser.
END_OF_DOCUMENT_TOKEN_TO_BE_REPLACED